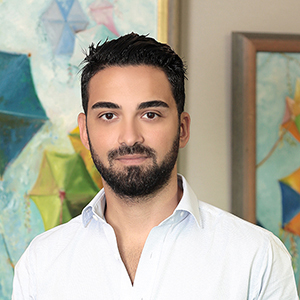 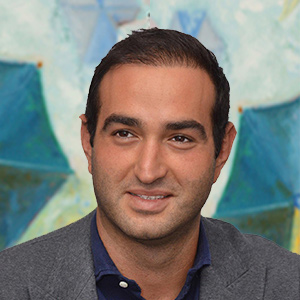 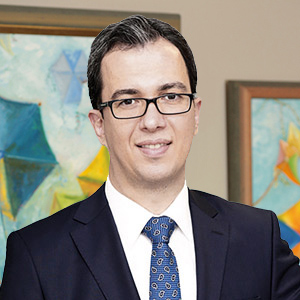 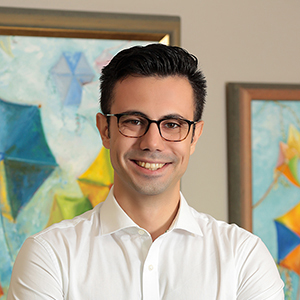 Fethi Sabancı Kamışlı is the Founder and Managing Partner of Esas Ventures. Previously, Fethi worked in Citi Group London at the wealth management department. In 2014 he started working at BMO Real Estate Partners in London as a Senior Business Analyst. In addition to managing his own portfolios in public markets and real estate, Fethi has been an active investor in technology companies globally with investments across 5 continents.

Fethi Sabancı Kamışlı has a B.A. degree in Economics from Tufts University and has a certificate in Corporate Finance from the London School of Business and Finance.

Ali Sabancı is a member of the Investment Committee of Esas Ventures. Ali is the Chairman of Pegasus Airlines. He started his career at Morgan Stanley in the USA. After returning to Turkey, he held various positions at Akbank. In 1997, he became the Head of Projects at Sabancı Holding. In 2001, he started serving as the Executive Vice President of Strategy and Business Development.

Mr. Sabancı has served on the boards of Esas Holding and several of its portfolio companies since 2004. He is the Chairman of the Young Entrepreneurs Board at the Union of Chambers and Commodities of Turkey and a member of the Istanbul Chamber of Industry (ISO) and the Turkish-American Business Council (TAIK).

Ali Sabancı studied Politics and Economics at Tufts University and received his M.B.A. degree with a major in International Finance from Columbia Business School.

Can Köseoğlu is a member of the Investment Committee of Esas Ventures. Can started his career at Esas Holding’s Food Group, working for various portfolio companies including Gıdaser, Bonservis and Esaslı Group. Can also founded Döner Stop, a fast food chain with eight branches across 4 cities in Turkey and exited the business to TAB Food Investments in 2018.

Can Köseoğlu received a B.A. degree in Economics from Tufts University.

Uraz Çay is the CFO at Esas Ventures. Previously, Uraz worked in the capital markets divisions of Saxo Bank in Denmark and IS Investments in Turkey, where he was responsible for multi-asset research and trading as well as managing technology sector portfolios.

Uraz Çay has a B.S. degree in Industrial and Systems Engineering from Yeditepe University and a M.S. degree in International Securities, Investment and Banking from Henley Business School, University of Reading. He also holds a Turkish Capital Markets Board (CMB) Level 3 qualification and Derivatives Licenses.

Ceyda Keçeli has a B.A degree in Political Science and International Relations from Marmara University and a M.A. degree in Media and Communications from City University in London. 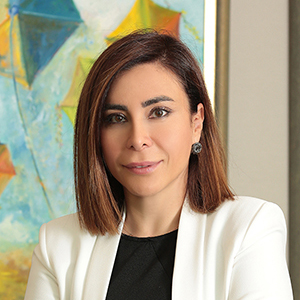 Berrak Kutsoy is the communications manager at Esas Ventures. Since 2009, Berrak has served as an advisor to the Chairman of Pegasus Airlines and the Young Entrepreneurs Board at the Union of Chambers and Commodity Exchanges of Turkey (TOBB). Previously, Berrak was an Export Manager at Mitterteich, a German affiliate of Kütahya Porcelain. Berrak started her career at BNP-AK-Dresdner Bank in 1999 as a Foreign Transaction Assistant, before returning to Turkey to work as a Project Manager at Denizbank.

Ms. Kutsoy has been involved in the Turkish start-up and venture capital industry for over a decade. She frequently writes articles for the Business Life and Start-up journals and is a mentor to several start-up companies. She is the Vice Chairwoman of the Young Businessmen Association of Turkey (TÜGİAD), and serves on the boards of Junior Achievement, the UIP-International Cooperation Platform Executive Committee, the Turkish Exporters Assembly (TIM), the Innovation Week Organization Committee and on the advisory board of BizBizze Association of Idea and Support for Women.

Burak has a B.Sc. in Mechanical Engineering from Middle East Technical University followed by an MBA degree. In 2015, he has attended Executive Management training program in Harvard Business School.